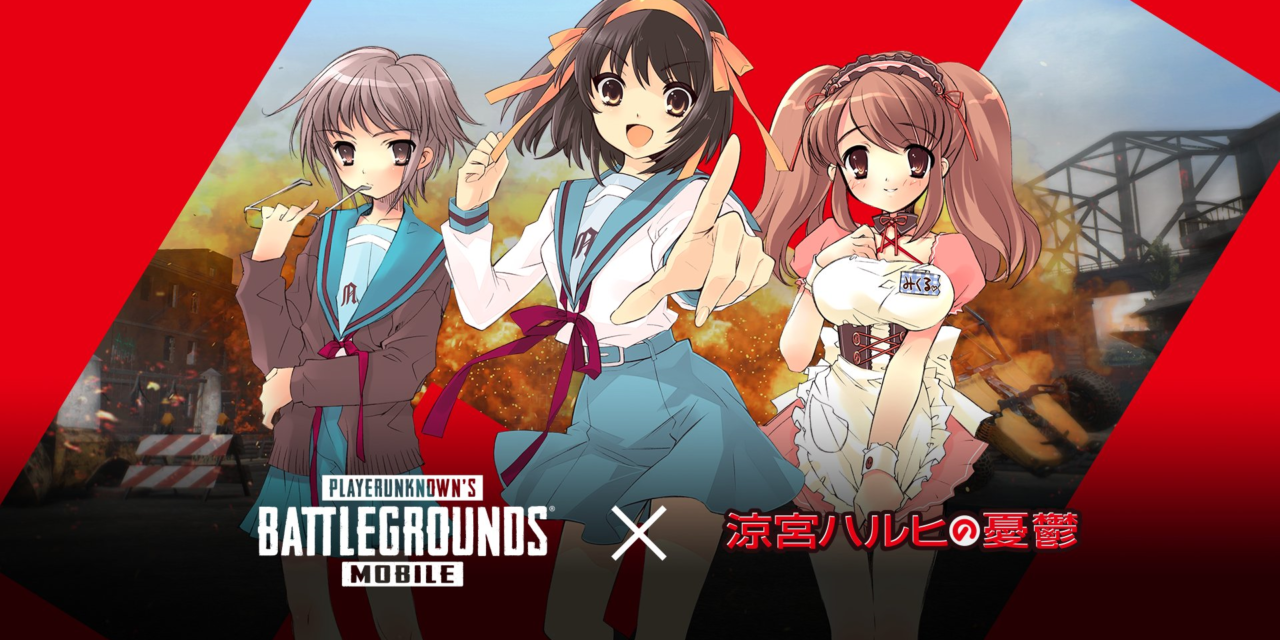 PUBG JAPAN has launched a collaboration with the light novel “The Melancholy of Haruhi Suzumiya”! Starting 30th November all the way to 21st December, players can acquire skins of “Haruhi Suzumiya,” “Mikuru Asahina,” and “Yuki Nagato”, as well as voice cards that let them say famous lines from the TV anime adaptation of “Haruhi” in-game. 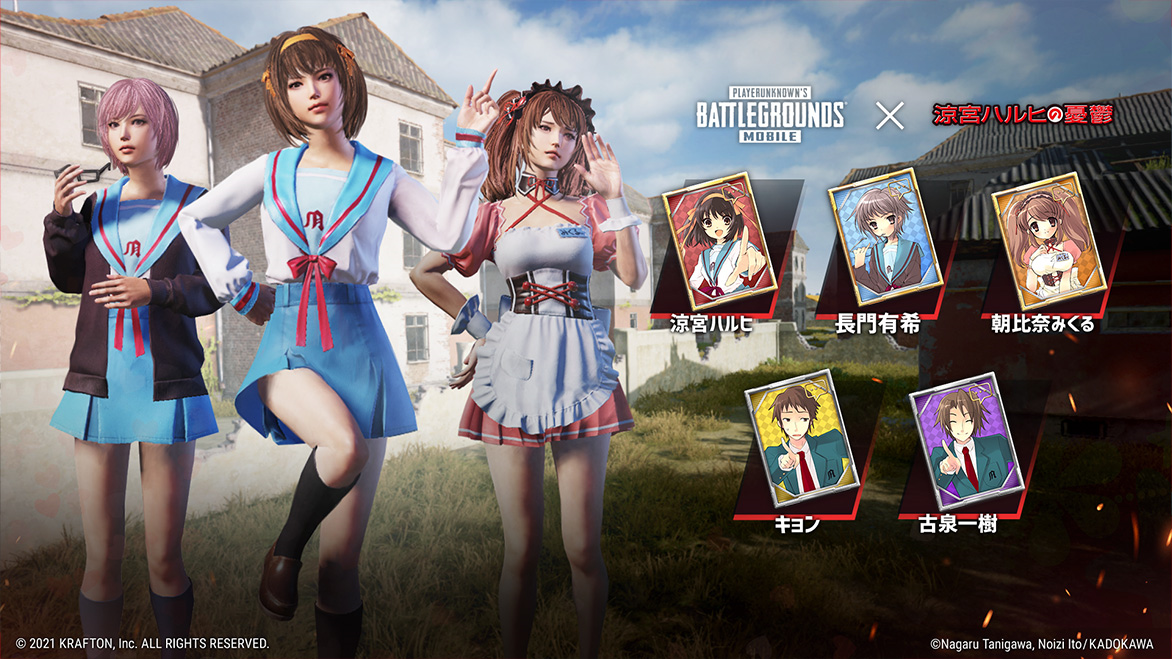 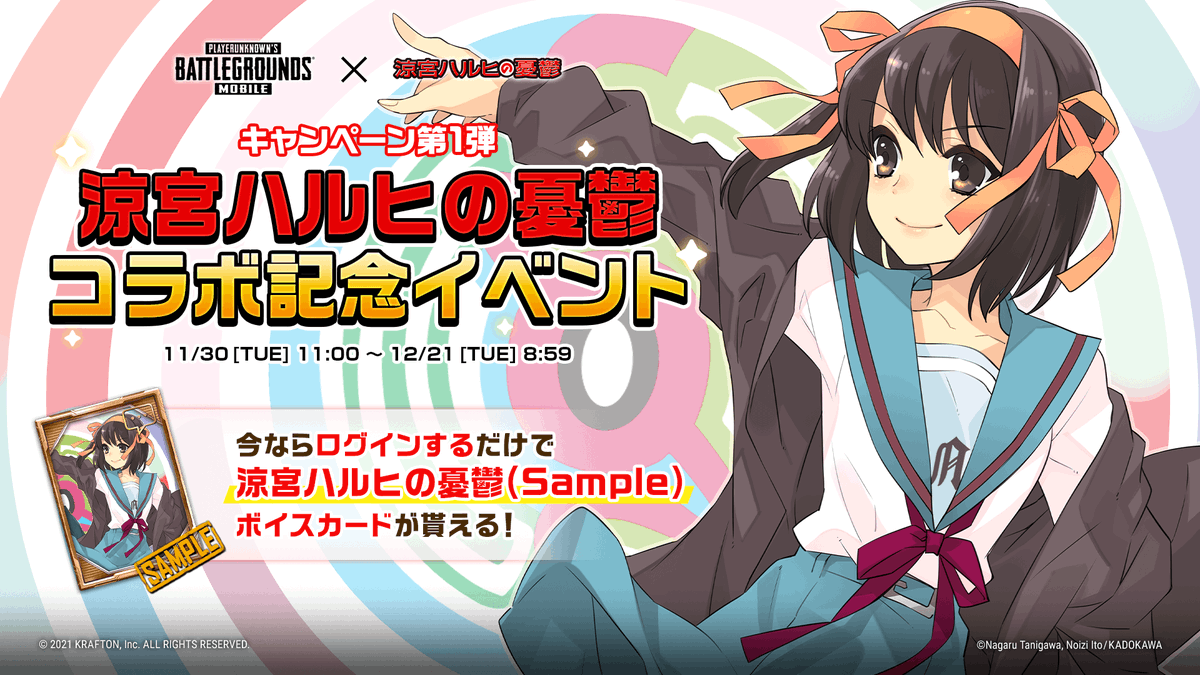 Another event lets players accept missions from Haruhi Suzumiya as the leader of the SOS team! Play as a squad in CLASSIC mode for a chance to win special items from the collaboration loot crate. 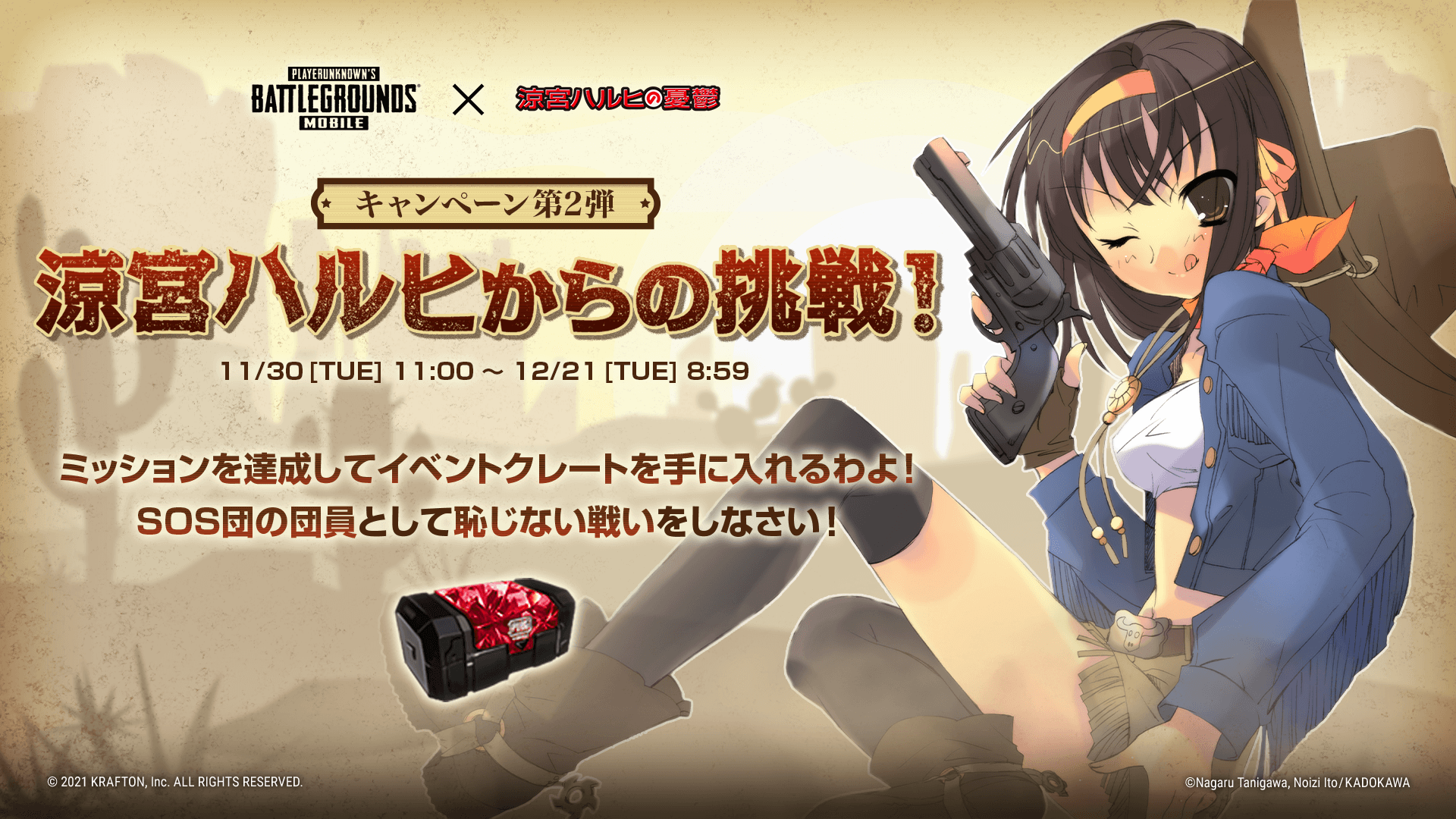 For players also looking to win real-world items, seventeen winners will be selected by lottery from those who opted in via a special application form, to win “The Melancholy of Haruhi Suzumiya” official goods as well as an iPad Pro! 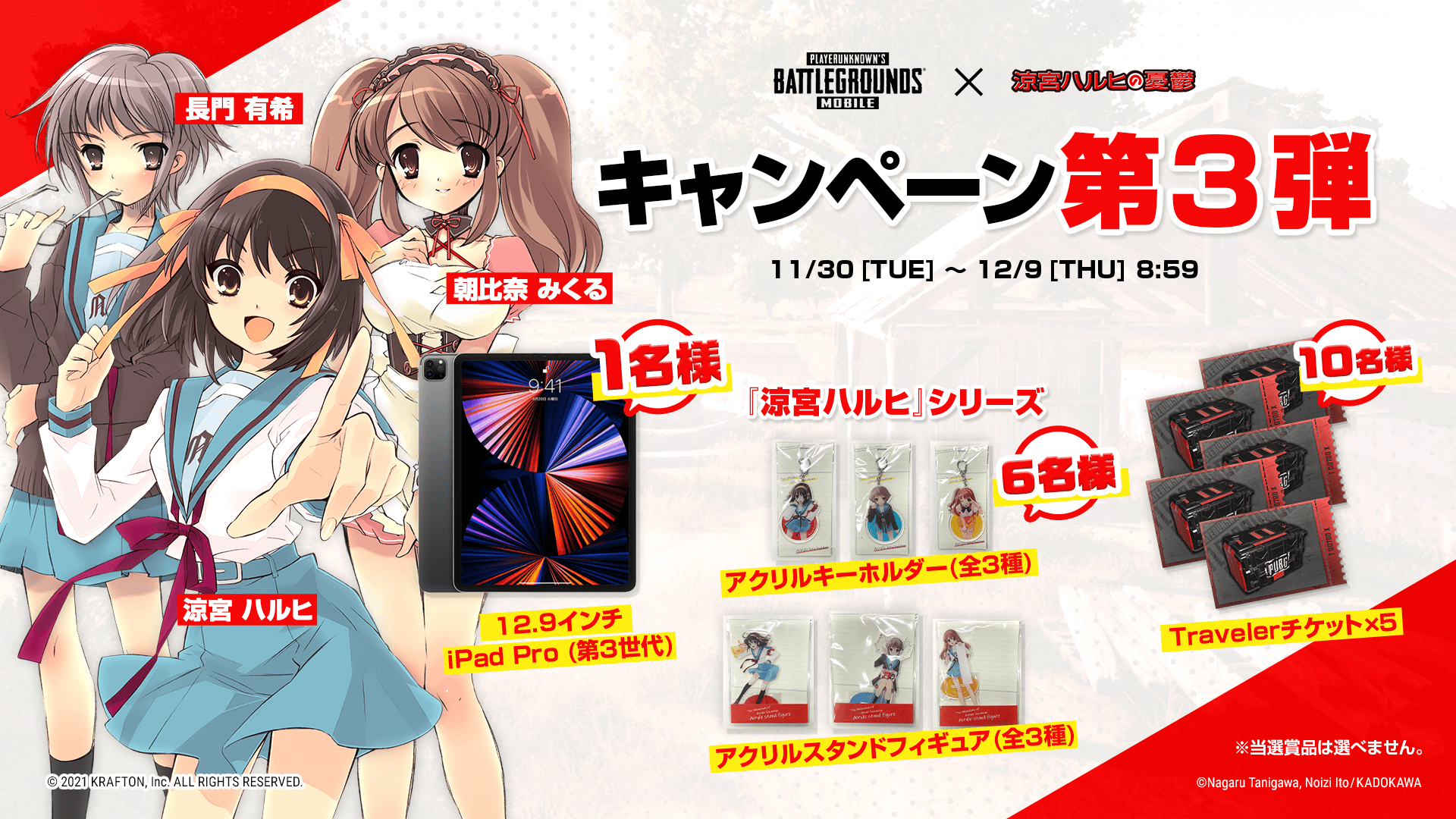 A Twitter campaign is also being run, where fans can win the autographed shikishi boards from the cast of “Haruhi”, including Aya Hirano, Yuko Goto, Minori Chihara, Tomokazu Sugita, and Daisuke Ono. 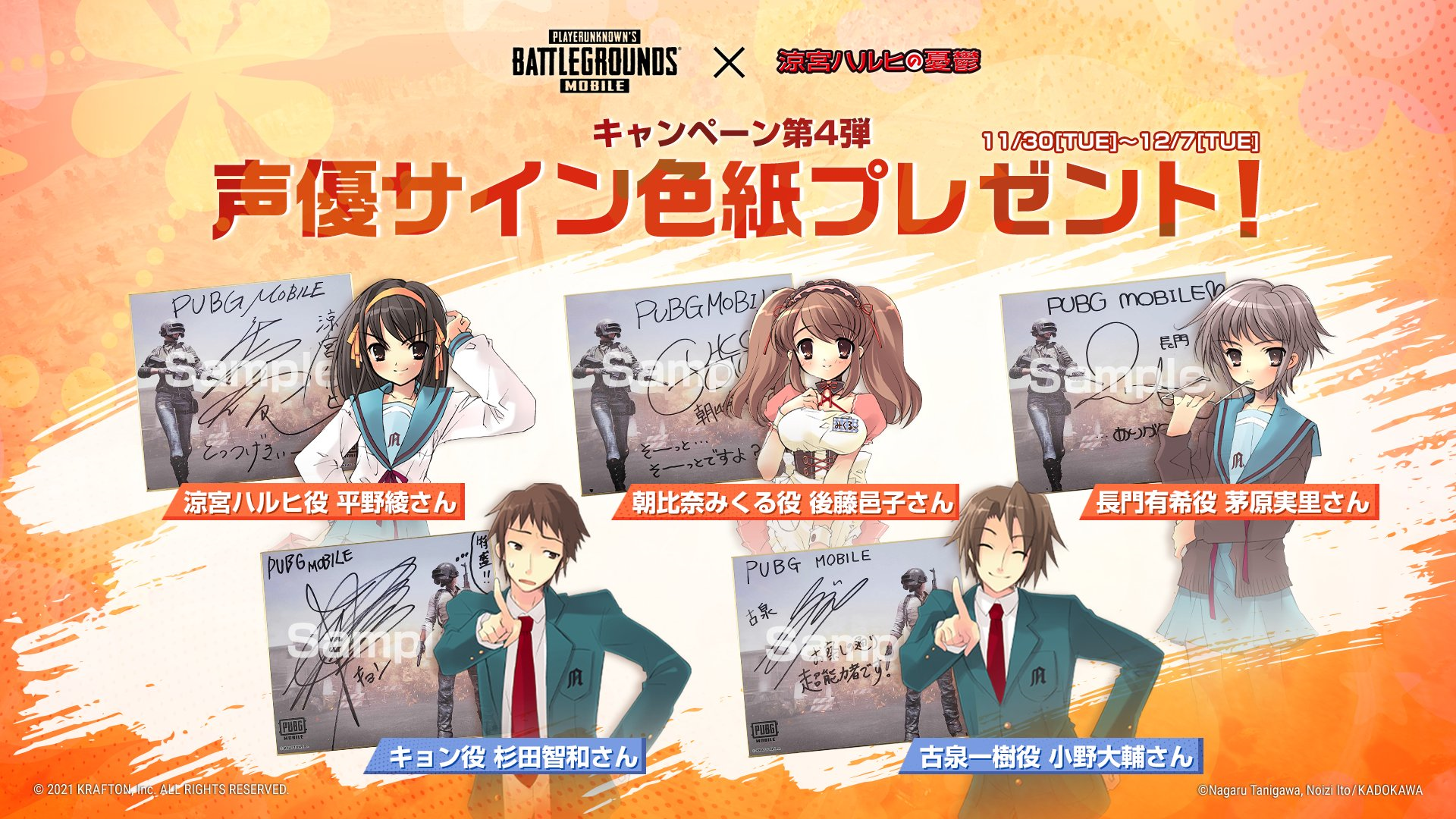 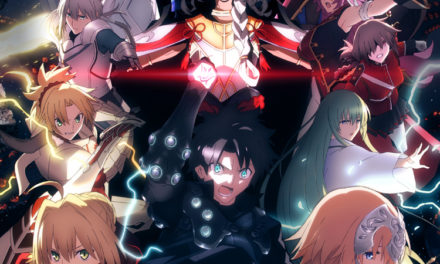 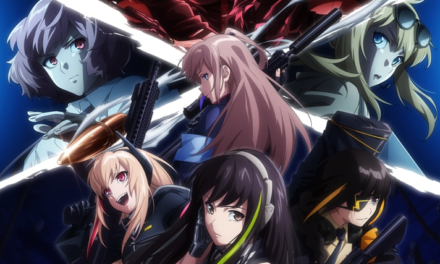 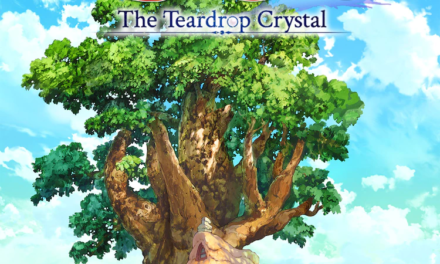 “Kimetsu no Yaiba Hinokami Kepputan” Announced for the PlayStation, XBox, and PC!